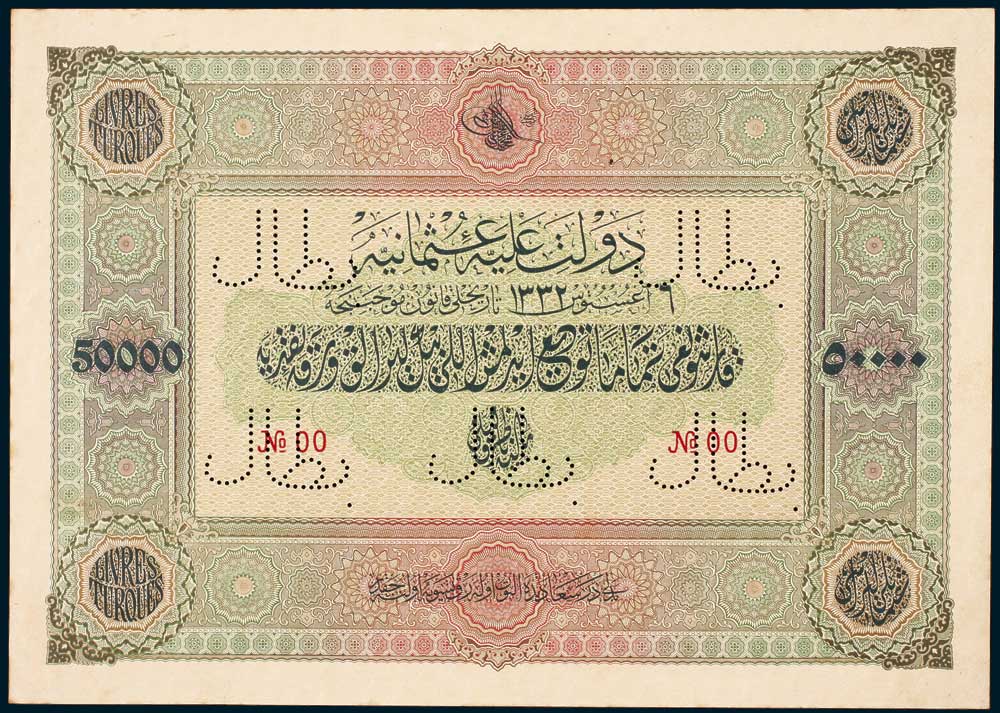 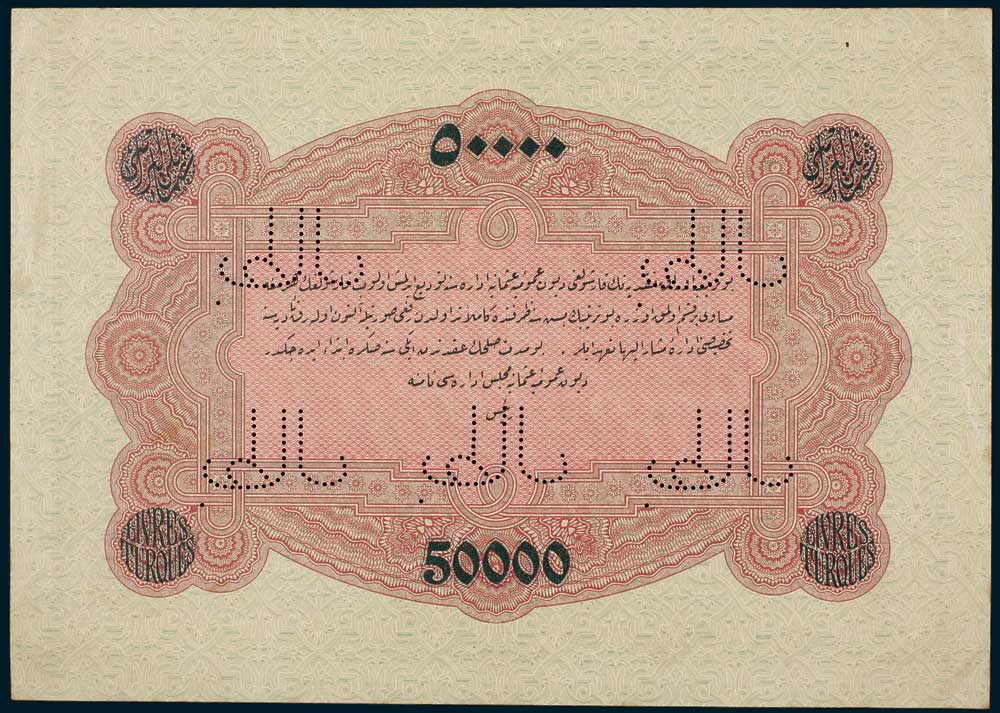 Pick only lists a price for a specimen, stating that the issue was a deposit note made with the Imperial Ottoman Bank to cover the issues of Pick 85 (one piastre, AH1332) and Pick 86 (2-1/2 piastres, AH1332) both released in 1916. Gaciroglu states that only two examples are known to exist (now four), presumably all specimens given the illustration in his 2011 catalogue. A typed list of denominations and issued numbers that came with this collection reveals only 40 notes were printed.